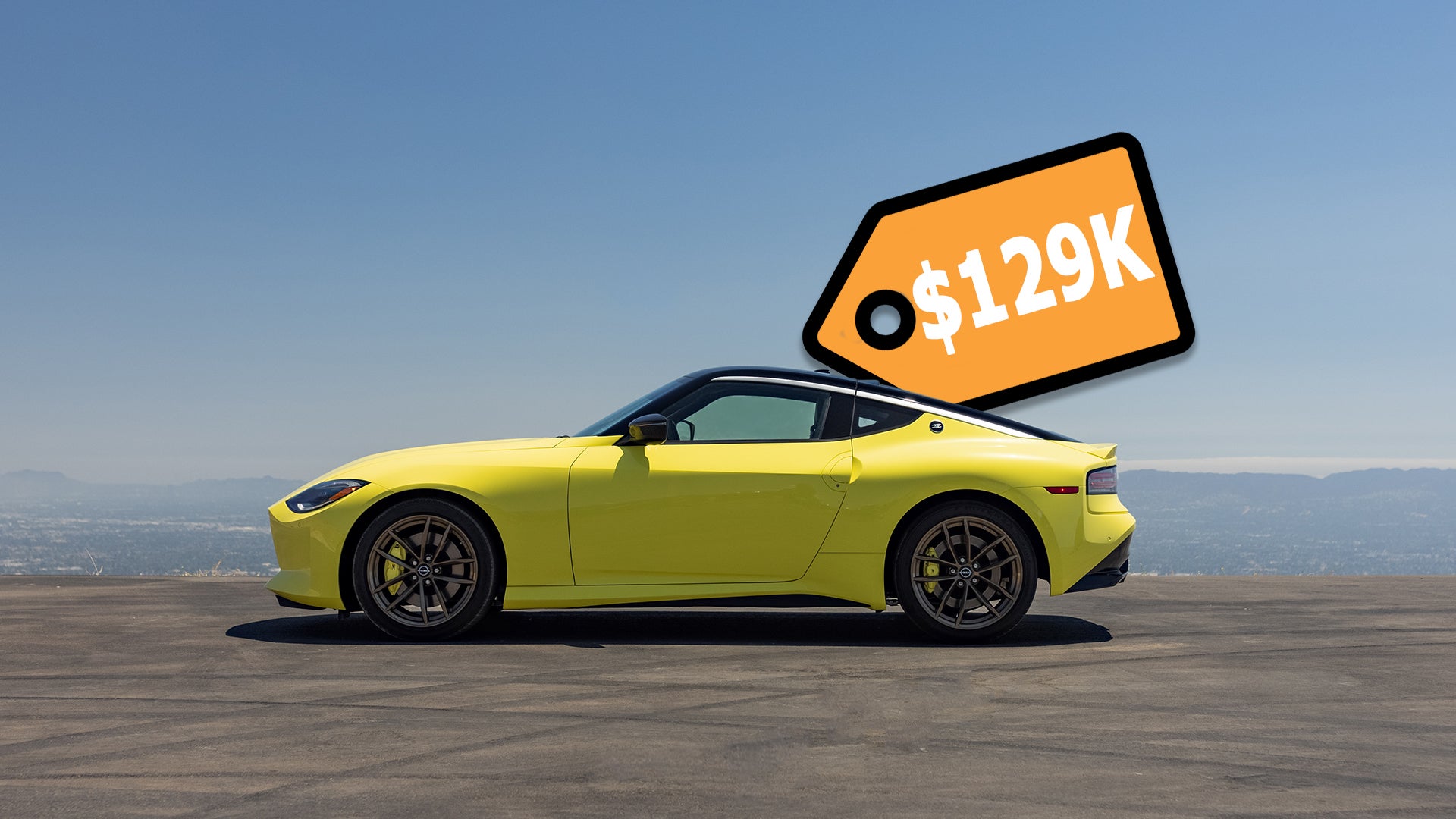 Dealer markups aren't exactly uncommon. Nobody likes to pay more for something, especially a car, yet many still do. The sour taste of seeing "ADM," "Market Adjustment," "Limited Edition," or whatever term a dealer wants to use in order to mark up a car can easily put a sour taste in a buyer's mouth, and some brands are even looking to put a stop to unreasonable markups completely. Though the most recent stories of dealership markups making the rounds concern the new 2023 Nissan Z and 2023 Honda Civic Type R, it's still an industry-wide occurrence, and now some of the most popular enthusiast-focused cars are seeing insane, five-figure markups that put them out of reach for many new car buyers.

The 2023 Toyota GR Corolla and 2023 Toyota Supra are favorites for markups as well. We've told you about a supposed "incorrect" $50,000 markup on a Nissan Z Proto back in August that seemed insane, but that was just the start in this case. More reports quickly followed at even higher prices, turning these enthusiast cars into examples more expensive than even the C8 Corvette Z06.

Here are some of the more egregious markups we've found.

The base-spec Z costs $41,015 on paper, climbing all the way up to $55,310 for the top-tier, limited edition Proto Spec. Good luck getting one for that price, though.

Earlier this week, a prospective owner in Kentucky reported a cool $30,000 markup on a 2023 Nissan Z Performance. In a call with the dealer, The Drive was able to confirm this markup over the phone. On the flip side, another Kentucky dealer told The Drive that they were accepting the highest offer rather than a fixed price. At the time of writing, the dealership said that the price was around $8,000 over MSRP.

A separate California dealership is reportedly tacking on a nearly $40,000 markup on its own Proto Z. Its website shows a price of $94,910 at the time of writing, though a salesperson refused to provide a specific price over the phone. A Florida dealership is also asking for an undisclosed amount on its website. While The Drive was unable to reach anyone by phone, a report states that the dealership was asking $30,000 over markup in September.

Perhaps even worse is that people are paying these huge markups in order to get their hands on the vehicles. A different Florida dealership had a Proto Spec listed with a $42,000 adjustment, which brought the total cost to just a hair under $100,000. The dealership confirmed that the vehicle sold but was not able to provide a specific price over the phone. And don't forget about the South Carolina dealer offering up a Proto for $125,000—but at least that one came in tandem with a low-mileage 2010 Nissan 370Z for that price. The Z Proto ended up selling for $69,900 to a YouTuber, according to a salesperson from the dealership, and the 370Z sold separately for $40,000. Yet another Florida dealership was asking nearly the same price ($124,915) for a standalone Proto, and according to a salesperson from the dealership, it sold for an undisclosed amount. A Las Vegas dealer had a Proto listed for $107,299 ($50,000 in ADM), though it was no longer for sale at the time of writing.

And to top off the list, a Georgia dealer has reportedly added a $60,000 market adjustment, bringing its Z Proto up to a whopping $129,999. The dealer told The Drive that it was allocated two Protos; one sold for $80,000 and the other—the one listed for $129,999—was no longer on the market. Carscoops shared a screenshot of a rant that an employee of the supposed dealership went on to defend the markup. The alleged employee later began telling people that the vehicle was no longer for sale, however, a dealership employee told The Drive that they were accepting sealed bids instead.

Honda's flagship performance sedan officially hits dealership lots starting Friday with a starting MSRP of $43,990, and boy oh boy, the markups were not far behind.

Reports on forums have already begun sprouting up, showing dealers quick to snag up an additional $10,000 (or more) in markup. One Twitter user says that their local dealer in Virginia is charging a $20,000 markup for their Civic Type R allocation. An Instagram post shows a dealership in Florida adding the same $20,000 markup, plus two additional line items that bring the purchase price up to $67,187. Another California dealership is asking $25,000 over MSRP.

But the kicker—and most expensive Civic Type R we've seen so far—comes from a forum post showing a text message exchange with a Texas dealership. The potential buyer was quoted $50,000 over MSRP, but only because they are financing. If they were paying cash, the salesperson said to expect $60,000 in ADM, making it a six-figure purchase at around $105,000. When reached by phone, the same salesperson told The Drive that the dealership was adding $50,000 of markup regardless of how the vehicle was purchased with cash or financed.

The hotly anticipated GR Corolla is also experiencing a significant amount of markup. A thread on an owner forum is keeping track of dealerships and noting which charge a markup. The list is made public so buyers know which dealers to flock to for a good deal. While some lots are charging a more reasonable $2,000 ADM, others are charging $10,000 or more depending on the trim. Likely, the coveted Morizo Edition will be attracting the most markup on top of MSRP given its limited nature.

Separately, a Texas dealer was reportedly tacking on $7,200 worth of markups and add-ons during one potential buyer's experience. CarsDirect also noted two dealerships—one in South Carolina and the other in New Jersey—that were charging $20,000 and $25,000, respectively, in September.

And while we're chatting about Toyota—let's talk Supra. Now that the Supra comes with a row-your-own gearbox, both new and existing owners are flocking to dealers to get their hands on one. That, too, has generated a bit of a price conundrum, adding thousands of dollars to the vehicle price depending on the dealer. Facebook, Reddit, and owner forums are littered with examples of $10,000 or more in ADM.

Now, we get it: the Z Proto is a limited run (as is the GR Corolla Morizo Edition and the Toyota Supra A91 CF Edition). The United States is getting 240 units (zing!) to split amongst hardcore Z enthusiasts, so it's almost a given that the car will see some sort of markup. It's just surprising to see them at such high levels, especially when auction sites like Cars and Bids are only bringing in around $70,000 before the buyer's premium.

This is not to say that all dealers are going to charge through the nose when it comes to an enthusiast or limited-edition car. Markups aren't even a new practice. But the big question is whether or not it's worth paying significantly more for your favorite sports car, or if it's just worth buying second-hand and letting someone else eat the inevitable depreciation.